A collection of recent adventures. Please enjoy, and PIN away if you love the photos. These sessions all hold a special place in my heart. They've helped me grow as a photographer, and I'm so grateful to all my wonderful clients.

I give you my hands and my heart

Until I return to this earth.

Julie, Heath and I embarked on a little hike for their one year anniversary. We went to a place where Heath fell in love with the Gorge and wanted to share that place with Julie.

We arrived at Half Moon just shy of sunset. The light bathed the tip of the ridge just as our approach shoes hit the overlook. Being adept rock climbers they had no qualms changing and helping each other on the side of the cliff. They exchanged nostalgic glances as they each remembered themselves a year ago when they promised to cherish each other not just as partners, but as special and unique individuals, accepting and respecting the path that they will walk together.

After they got dressed, we got to work with Heath leading the way to most of the scenic spots. Small clearings or markings helped Heath remember a part of his story- camping under the stars, his gang of buddies that he used to run with, general shenanigans mostly of the dangerous sort. And all these pieces of his narrative that ultimately lead him to Julie – his home.

While this was a beautiful spot, it was not for the faint of heart. I recommend wearing approach shoes or shoes with vibram soles that help stick to the rock. There are quite a few areas where you could end up slipping off the side of the rock face if you’re not careful. Unbeknownst to me, there were spectators cheering us on from Chimney Rock which is just across the hollar. I later received videos and photos of the process from this shoot which was such a treat!

We shared a sunset and memories together that evening and ended up staying until after dark. As the sun disappeared, we were graced with the most beautiful sky. Gradients of orange shifted to darkness reminding us of the beauty of our earth and what a privilege it is to be a passenger on this ride through our universe. 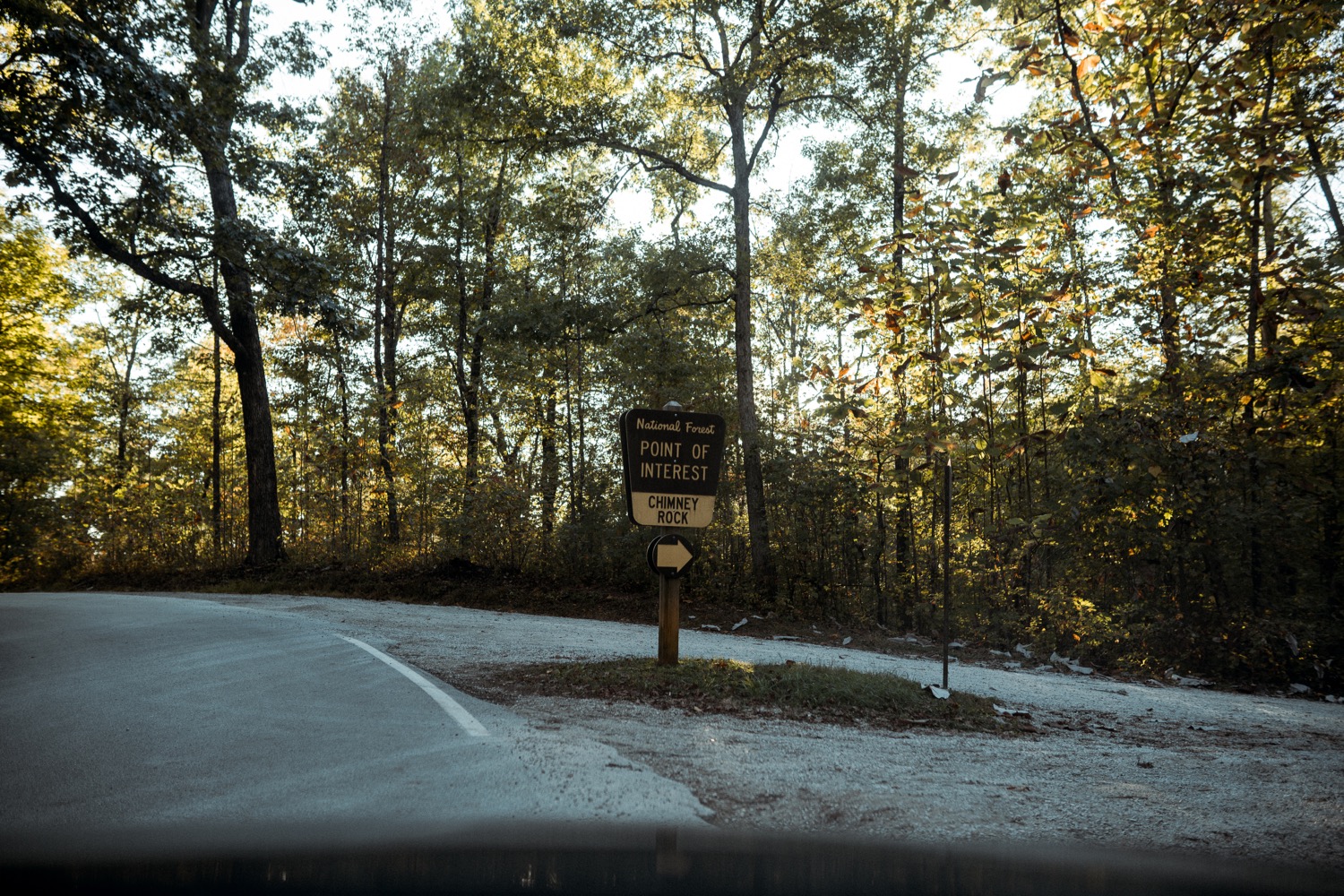 Your Narrative blog will appear here, click preview to see it live.
For any issues click here

Join our tribe and recieve our free opt-in, stay up to date with the latest news and projects in our studio.